by Jasmine Sinha
in Tattoos

Death is either something to fear or it is something you embrace. Most of us are afraid of death. The thought of death makes us feel sad, unsure of what’s on the other side. But the dark mystique that covers the natural part of life is undeniable.

This is perhaps the reason why people get themselves a skeleton tattoo that represents death, i personally think that death holds the mind of a person.

When people get a tattoo of a skeleton, it does not only mean death, well to most people it will represent death though. They think that because they connect a person fleshless only when they are dead. But that’s not the true meaning of a person getting a skeleton tattoo.

In this article, we will be covering 10 simple skeleton hand tattoos, which means fearlessness, sacrifice, protection, afterlife, and chance.

One of the most interesting forms of death comes in the form of a skeleton hand tattoo. Those who know, know. The skeleton hand tattoo drawing often represents the hand of death in some cultures, such as Latin Culture. Latin usually refers it to as “La mano de la Muerte”. It means to personify death.

Here we have 10 such ideas.

If you want something interesting and cool at the same time then getting a hand skeleton tattoo outline is the best choice. The outline here takes things to different levels and makes that tattoo look dramatic.

Many people like skeleton hand tattoos because they serve as a reminder of their mortality. Everything dies, and death is certain in life. Every life has an end. Although this seems a bit dark and negative, trust me if you study the skeleton hand tattoo you will know it has a positive interpretation as well.

Key tattoos have always been popular to get. There are a lot of meanings of a key tattoo, and it is also something fun to look at. Key tattoos can be small and unassuming as well as big with intricate designs. A perfect example of a big key tattoo is a skeleton key tattoo.

The skeleton key tattoo means to open boxes, cabinets as well as locked rooms. It is about discovering or opening something that holds a secret. You might have a lot of secrets that you like to hold on to, therefore making this tattoo is legit.

Dancing skeletons have long been in the play of art and ritual stuff, since immemorial time. We got the idea from the festivities of Dia de Los Muertos to the gothic scriptures, that we got to know from the medieval texts iconic Disney segment.

It means that someone who has this tattoo understands every second of his life along with much of what he or she chose to pour in sweat, blood, and tears.

Snake tattoos have different interpretations from different people. Some say that it refers to poison or death while others state that it means the endless cycle of life, death, and rebirth.

There is also another interpretation that says that if you have a tattoo that has a snake that comes out of the eye of a skull, it means knowledge. If you are different from everyone and you believe that then this tattoo is the perfect one to keep reminding who you really are.

If you have a fish skeleton tattoo design is the Polynesian fishing hook. Therefore the skeleton symbolizes the idea of abundance, union, and prosperity.

The most uncommon yet meaningful fish skeleton is the one that is related to the biblical loaves and fish parable.

This tattoo is a common one and can be found in the majority of people’s hands. Why? You ask. It represents life and death on one hand and love and beauty with the help of Rose.

If you have a skull that has a rose as well, then it simply means or represents the struggle between ugly and beautiful in times of evil versus good.

Hand tattoos are not just done like that, they need certain positions to start the process. There are two reasons for that, the first is because of the pain. And the second is that it is going to be the place where you are going to look at every day.

It depicts the feelings of your existence as well as the balance of good and evil. There are plenty of ways through which you interpret this.

This tattoo is one of the most popular tattoos one can get. The idea behind this tattoo is to make the nose and the mouth of the skeleton prominent. Because it creates creepy illusion effects.

People mostly get this kind of tattoo to get spotted on social media but the true meaning of this tattoo is a nod to the joker’s smiling tattoo in the movie Suicide Squad.

Getting a hand tattoo is often pointed at as a rebellious act. Also, it is a place where the tattoo can be seen easily. Skeletons represent mortality and death. Also, there is a wide range of designs.

The designs are smaller therefore it will be a waste of time and money if you want the same design but in a bigger version. It’s better to keep them small as they are, as they will look dainty and rebellious.

Who in the world with a hell of tattoos does not have a rock and rock and roll one? Well, I know of no one like that. A music lover and a tattoo lover will definitely have this tattoo.

The sign features the middle fingers down and the index along with the pinkys are up, while the thumbs are facing inwards. It is a salute used by fans and rockers.

Here you go with 10 Simple Skeleton Hand Tattoo Ideas. People have tattoos so that they can look at them, remember them and cherish them for the rest of their lives. Tattoos are something you take to your grave.

Therefore it is very essential to choose one but know the meaning before picking any. 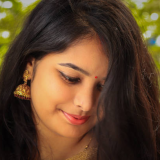 Jasmine Sinha is a professional writer with years of experience in writing in various niches. She likes to explore various places and write blogs on the same. Besides, she has a great interest in fashion and tattoos.